Relax and take a trip back in time

WORK IN PROGRESS AT THE OLD FIRE STATION

The big red doors were painted in early October, just before the weather broke, and the Old Fire Station is now looking how it should.

We have now finished the display units for the Alresford Crafts soft toys and dolls. The units were kindly donated by West Lea Farm Shop but had to be rebuilt and customised for our use.

We still have to acquire two more display cabinets but all the essential work is now complete and we are all ready to welcome visitors once the Covid-19 restrictions allow. 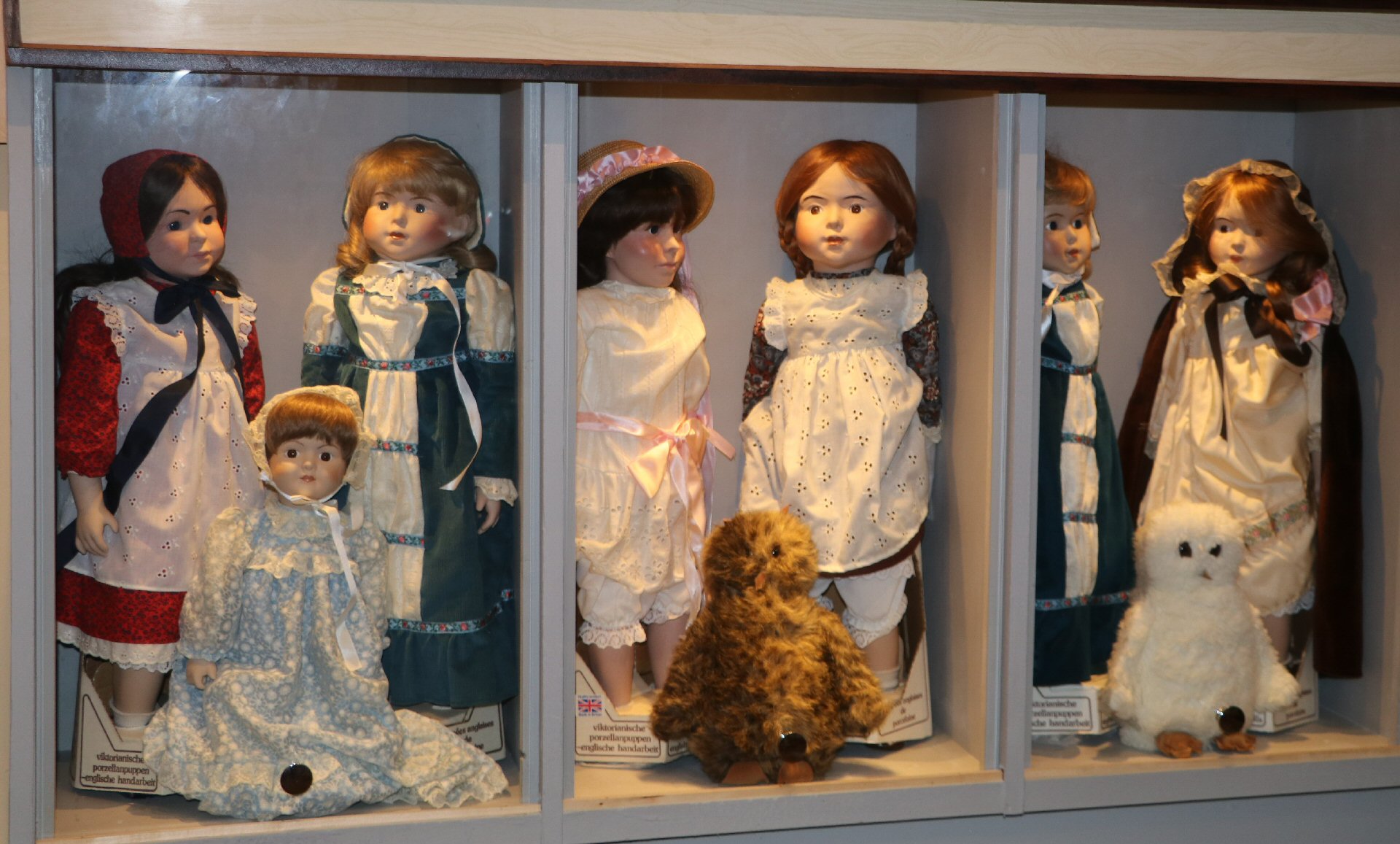 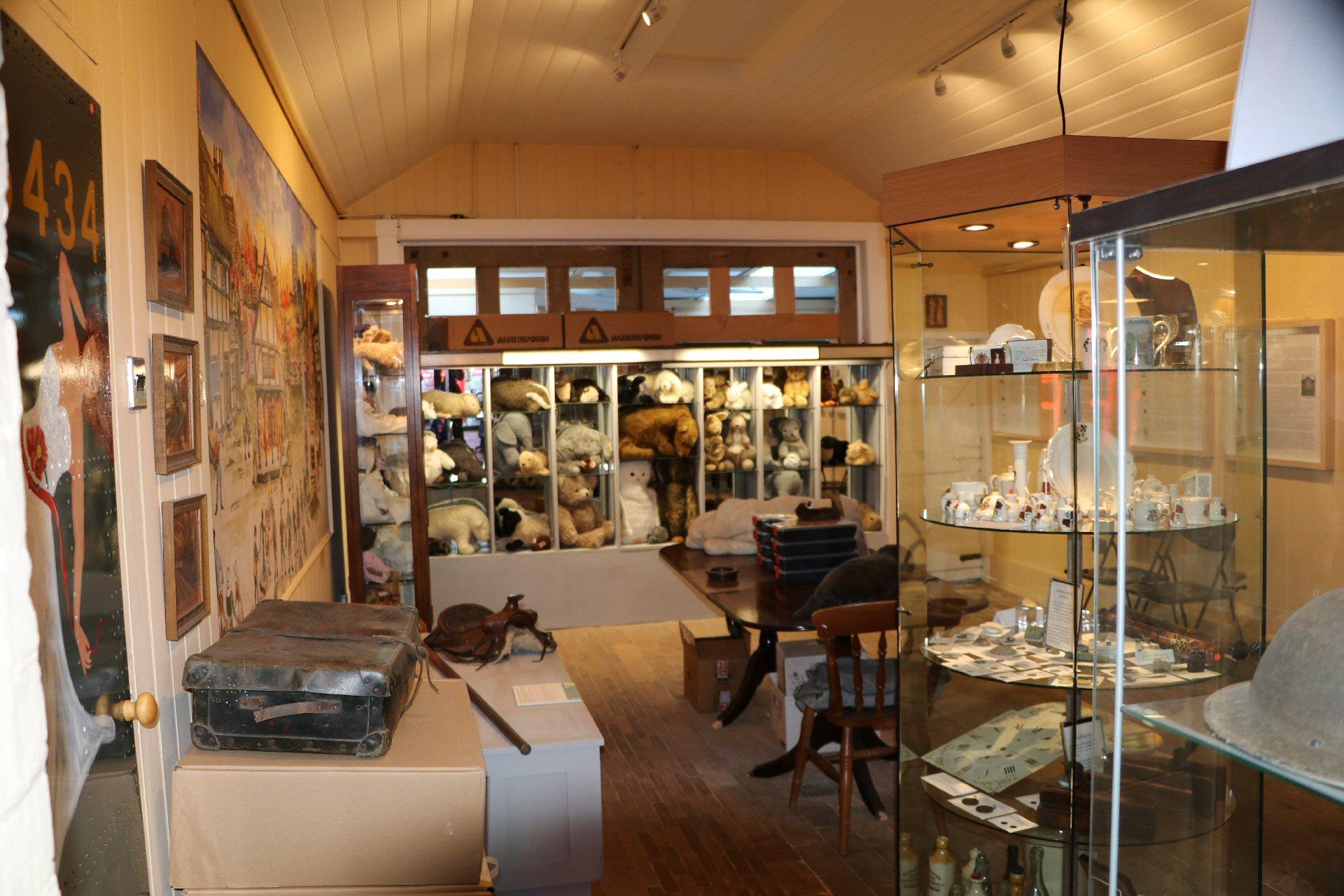 We have now finished the refurbishment of the building albeit the main doors still need to be painted following there rehanging earlier in the month. Also the refitted kitchen/toilet area needs to be redecorated but is fully functional.

There was a lot of feverish activity preceding our first open day this year on Sunday 27 September and whilst there are still a lot of improvements to be made to the displays we were very pleased with the reception that we received from the steady stream of visitors during the day.

Early in October we will be installing new display cabinets and a plan chest for documents which will greatly improve what can be put on show and made available to the public. 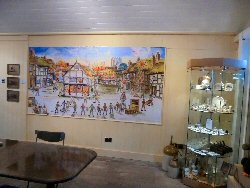 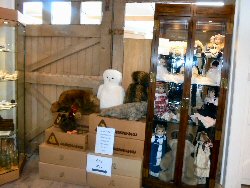 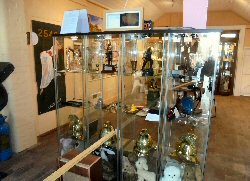 We have now made the decision that all things being equal we will open the Museum on 27 September when the Brocante Market is in town. This means we have about five weeks to get everything ready for that day. Whilst the kitchen/toilet area has not yet been re-decorated we have pressed ahead with the cleaning and preperation of the main display areas. The painted area of what was the outside of the rear doors has been stripped back and is not in nearly as good condition as the inside and they will therefore be repainted when the kitchen/toilet area is done. This work cannot be undertaken until the rear doors have been restored. The joinery work for this is being done along with the refurbishment of the main front doors which are due to be completed by the end of August when they will be rehung.

As you can see from the pictures the preparation of the main display areas is proceeding. The 'Steamer' is back at the front of the building but has been relocated slightly further back to allow for a visitor reception area inside the building in the event of bad weather on open days. The display cabinets have been relocated and the display lights connected. The Story of Alresford Display Boards have also been hung.

The next major job is the placing and labeling of the exhibits in the display cabinets and we also have to make a decision on how we will present the Alresford Crafts items and the Watercress industry exhibits.

When lockdown began in March we left the building in the hands of the contractor to complete the refurbishment of the kitchen/toilet area to the rear. This included the replacement of the roof and the installation of a new water supply. This work has now been completed and included the removal of the ugly cast iron pipe that ran along the wall of the engine house. This area has yet to be decorated but we need to strip the paint off what was the outside of the rear engine house doors before this can be done. The restoration of the rear doors can also then be completed. All the electrical work is now complete including the new lights which bring the picture of 'The fire in Alresford' to life.

We will now have to embark on and extensive 'spring clean'. You may have noticed that the glass to the secondary door has been obscured with greenhouse whitener. This is a temporary measure whilst the big red doors are away for restoration. This is being done by a local joiner and involves totally rebuilding the doors and inserting new timber where appropriate. He will also be fitting a new mortice locking system to improve the security of the building but the padlock will remain as it is part of the historical look of the doors.

Our attention must now turn to the new displays in the rear room. The general feeling is that we will try and divide the room into subject areas. Maybe Alresford Crafts, the Watercress Industry and the History of the Town but we need to acquire more display cabinets before this can be completed. We will also be installing another TV in the rear room which will be used to display old pictures of the town and villages.

Whilst the lock down has been lifted relative to the opening of the museums, this can only be done with a pre-booking system and we do not have the facilities to implement this and so it is unlikely that the museum will be open in the next couple of months. We are considering trying to open for one day, as a dry run for 2021, in September depending on the virus situation and this will probably be Brocante Market day on the 27th. 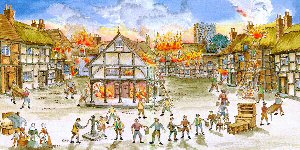 All the work on the refurbishment of the new room has now been completed and the decorators are doing their job. This just leaves the final electrical work, mainly the installation of the light fittings, to be completed once they have finished. Already the room is completely transformed and it will only be a few days before we can install the large picture of the 'Fire in Alresford' in its new home.

We will then have to embark on an extensive 'Spring Clean' which we may delay until the kitchen/toilet refurbishment especially as, in the light of Government guidance we will not now be opening on Easter Sunday. The restoration of the old door at the rear of the room has also to be completed and whilst we have obtained the wood for this job we will probably wait until the kitchen is finished before undertaking this as there is now no time pressure to complete it.

Whilst the electrical work was being done we discovered that the loft above the Engine House is completly boarded over, insulated and dry and light and power have been installed. This area will be a useful storage area for certain artefacts. 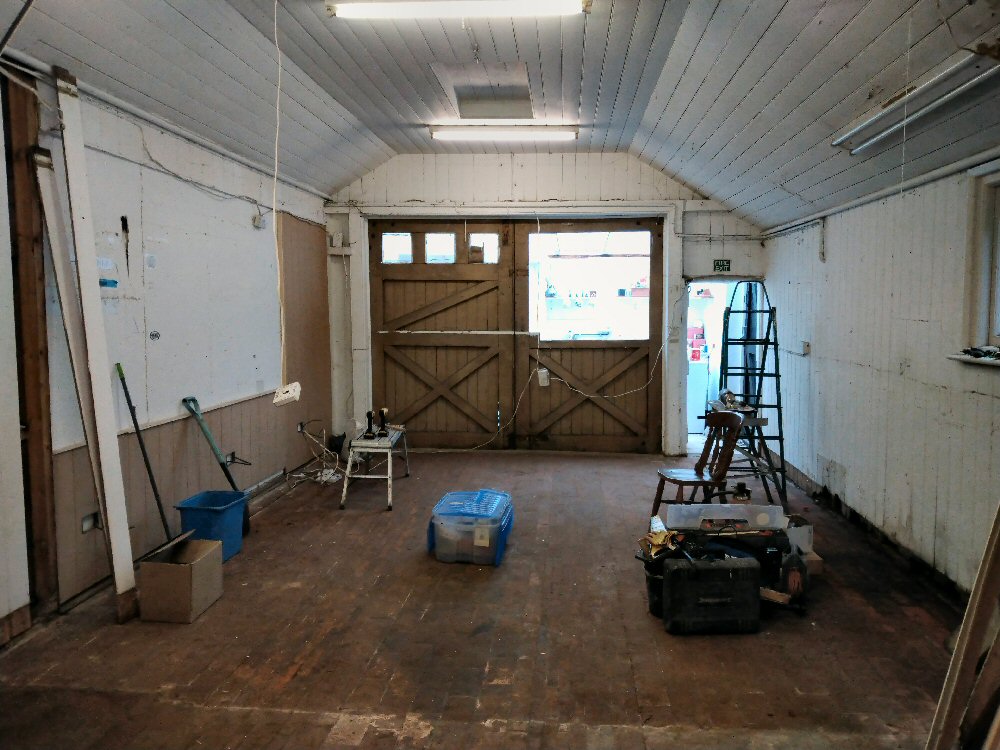 Work has been progressing steadily during the last few weeks. 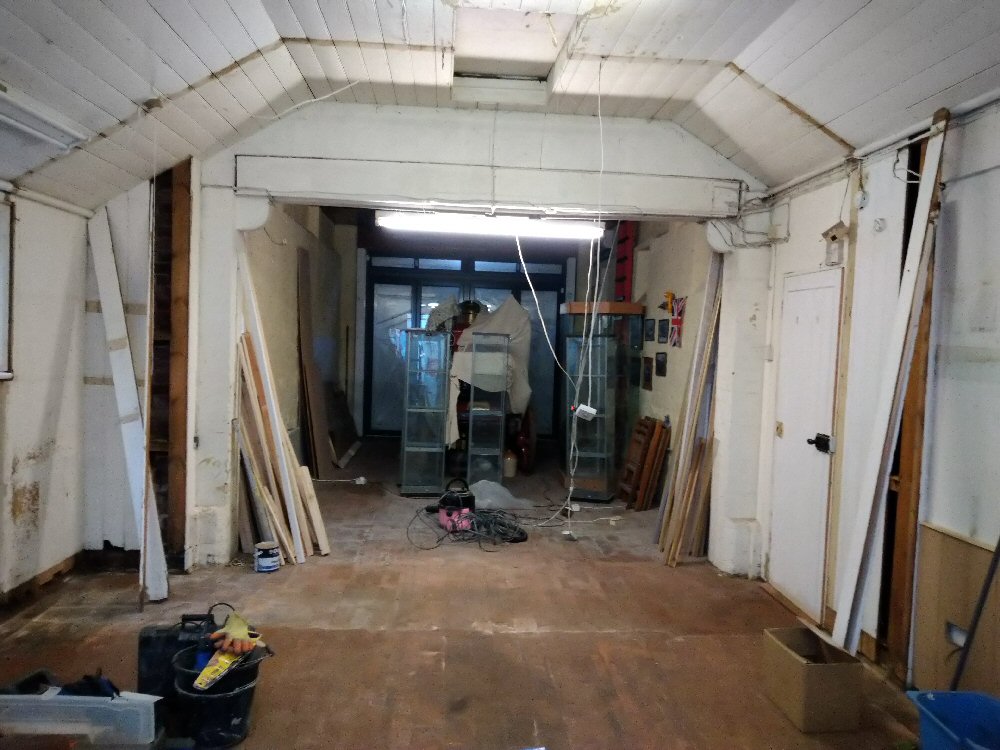 Next jobs on the list are the removal of the old outside toilet to allow us access to the north wall to assess the remedial work to be done there; the restoration of rear doors and the electrical work. 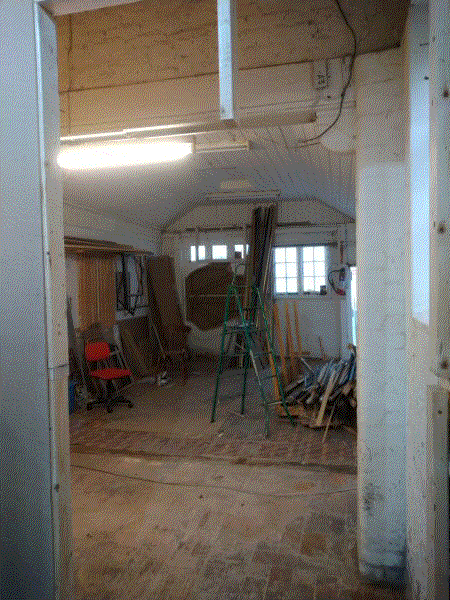 During November we removed the old stud partition wall which divided the back room and refitted the door between the picture framing workshop and the rear room. This enables Artworthy to secure the workshop from the museum. Following that the block wall between the Engine House and the rear room was removed creating a huge pile of rubble. A doorway has been cut through the temporary partition wall, which with the help of Cleeve Builders, enabled the rubble from the demolished wall to be removed. We can now move freely between the rooms.

During the course of removing some old fibre board on the rear wall of the back room we discovered the old back doors, which are identical to the front except somebody, in their wisdom, many years ago decided to cut an opening and insert a window. We hope to remove the window and restore the doors in the next few weeks.

This does beg the question as to whether there was some sort of vehicle (albeit horse drawn) access to the back of the building. This is quite a common feature in 20th century and modern fire stations but it would seem it originated in Victorian times.

In the meantime the temporary partition wall is being completely removed.

Check back later for more news